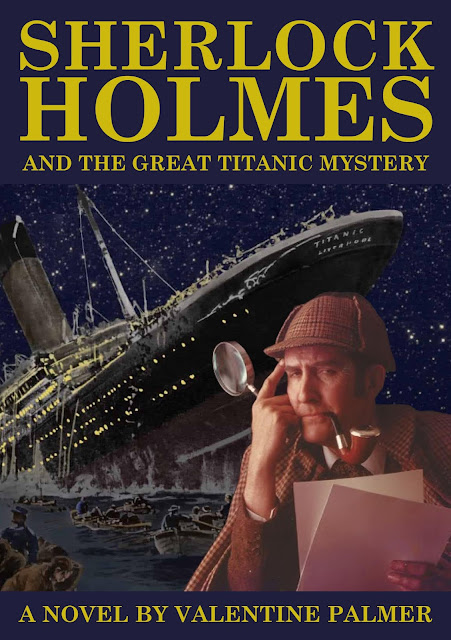 London – 14th June 2019 – The novel, ‘Sherlock Holmes and the great Titanic mystery,’ was published today on Amazon. The author, Valentine Palmer, is a leading authority on the loss of the Titanic, as his great uncle, Charles Herbert Lightoller, was the only senior officer to survive the sinking.

The 14th June 2019 is the 108th anniversary of the maiden voyage of Titanic’s sister ship, RMS Olympic. This date was chosen for the launch of this gripping novel in which Sherlock Holmes reveals the role played by Olympic in the hitherto unacknowledged secret of Titanic’s tragic loss.

‘Sherlock Holmes and the great Titanic mystery,’ takes the reader on a white-knuckle ride from New York to Paris and from Northern Ireland to the banks of the river Reine. The great detective then comes face to face with his arch enemy, Professor Moriarty, on board a ‘ghost ship’ that holds the secret to the Titanic’s last moments. Finally, it is on his own doorstep at 221b Baker Street, that Sherlock Holmes is shot and almost killed, but recovers sufficiently to discover what really happened to the Titanic, a truth too terrible to ever reveal.

The novel is available through Amazon in both paperback and Kindle form: 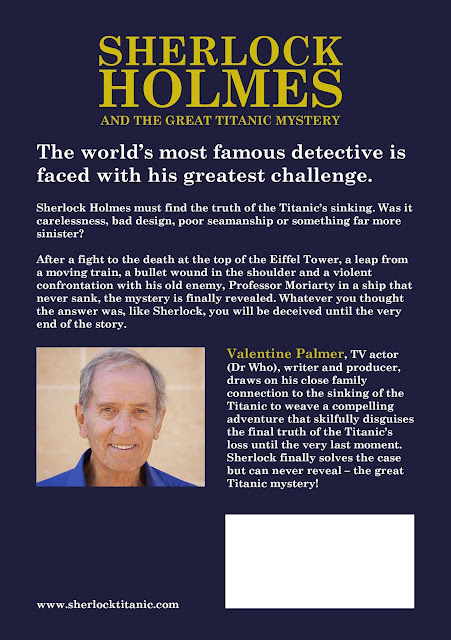 About the author:
Valentine Palmer recalled his great uncle, second officer Lightoller, in his 2012 book, commissioned to celebrate 100 years since the Titanic’s loss. In his extensive research for his book, Palmer unearthed what, for him, appeared to be conclusive evidence of a giant maritime fraud.  His media appearances to speak of this, plus his various talks to interested groups, always lead to a wide division of opinion. A TV actor in almost 100 famous series, including Dr Who, he has also been a screenwriter and Hollywood script man.

Posted by WorldWidePR at 4:44 PM