EAST GREENWICH, RI - July 14, 2017 - Investorideas.com reports that Verdi Productions will produce and release a slate of five new projects over the next twelve months.

Read this news in full at http://www.investorideas.com/CO/WHP/news/2017/07141NewProjects.asp

The first for Verdi Productions will be:

Man in Red Bandana, narrated by Gwyneth Paltrow
The debut of our documentary film entitled "Man in Red Bandana” was screened at Tribeca on Sunday, April 23rd. The film was part of a special screening and was an invite-only event. The film will hit theaters and VOD platforms throughout the US in a limited day and date release in September 2017. The film will premiere in RI, NY, and LA and then expand to other states. This will be the third film released by Verdi Productions over the last two years, following Ten Thousand Saints, starring Ethan Hawke and Hailee Steinfeld, and Bad Hurt, starring Theo Rossi, Karen Allen, and Ashley Williams. Man in Red Bandana was written and directed by Matthew J. Weiss. Chad Verdi and Joshua Sason are producing. Executive Producers are Michelle Verdi, Emma Tillinger Koskoff, Nick Koskoff, Neil Cortel and Tom DeNucci. The film editors are Doug Forbes and Sam Eilertsen. The film is narrated by Gwyneth Paltrow with an original song performed by Lyle Lovett.   This film is very, very special to Chad.

Followed by:
Elephant and The Butterfly "Drole de pere":
A drama that was filmed in Belgium. The film tells the story of a beautiful relationship between a father and daughter and the difficulties involving separation. It was written by Amelle van Elmbt and Matthleu de Braconier with Amelle van Elmbt directing. Martin Scorsese, Emma Tillinger Koskoff, Phillipe Logie, Michelle and Chad Verdi are all executive producing. Verdi productions acquired the domestic rights to the film and are planning for an early 2018 release.

Malevolence:
Filming in London, England in October 2017. Brandon Jones (Dolph Lundgren) is an undefeated underground fighter of exceptional talent who doesn't know how to lose... but he is ordered to do just that for a crucial high stakes fight. Failing to follow through on this command, a merciless punishment is exacted, resulting in the brutal murder of his wife and daughter, and Brandon himself is brain damaged, a shadow of the man he once was.

With the help of his best friend and trainer Dutch, Brandon must rebuild himself mentally and physically to take revenge on those that tore his family apart and left him for dead. In his way stands a cartel of cold-blooded fighters, a corrupt police force headed by Detective Cain (Scott Adkins) and the limitless resources of mob boss Vincent, a ruthless and twisted individual, who holds sway over the city.

As Brandon exacts his revenge, leaving a trail of devastation and destruction in his wake, he comes to realize that all is not what it seems and what he once feared lost may prove to be his salvation. The film is currently in pre-production and Chad Verdi is producing with Craig Baumgarten, Gudrun Giddlings, Andre Rellis. VMI has the worldwide rights to this film. This is Verdi’s sixth project with VMI and for sure not the last.

Vault:
Written by B. Dolan and Tom DeNucci and inspired by true events, Vault tells the story about a group of small time criminals in 1975 who attempt to pull off the biggest heist in American history; stealing over $30 million from the Mafia in the smallest state in the union, Rhode Island. Tom DeNucci will direct with Chad & Michelle Verdi producing, alongside Nick Koskoff and Matthew J Weiss. Tanja Melendez Lynch and Dawn Vanzant are executive producers. Sam Eilertsen will be the director of photography. Shooting will begin in April 2018 and it will be filmed entirely in the state of Rhode Island.

Verdi and Sason will donate all net profits to the Welles Remy Crowther Trust
http://www.crowthertrust.org/

Chad A. Verdi on IMDB
http://www.imdb.com/find?ref_=nv_sr_fn&q=chad+a+verdi&s=all

Stay updated by visiting our Facebook page at: https://www.facebook.com/verdiproductions

Chad A. Verdi - Producer of Bleed for This, Silence
President, Verdi Productions

Disclaimer/Disclosure: Investorideas.com is a digital publisher of third party sourced news, articles and equity research as well as creates original content, including video, interviews and articles. Original content created by investorideas is protected by copyright laws other than syndication rights. Our site does not make recommendations for purchases or sale of stocks, services or products. Nothing on our sites should be construed as an offer or solicitation to buy or sell products or securities. All investment involves risk and possible loss of investment. This site is currently compensated for news publication and distribution, social media and marketing, content creation and more. Contact each company directly regarding content and press release questions. Disclosure is posted for each compensated news release, content published /created if required but otherwise the news was not compensated for and was published for the sole interest of our readers and followers. More disclaimer info: http://www.investorideas.com/About/Disclaimer.asp

The great beauty of secret Umbria Career award to Maestro Franco Venanti "The Great Beauty of Secret Umbria", this is the name of the contemporary art exhibition that will be officially inaugurated on Friday, July 14, at 6 pm at the Sacramento Mill in Ferentillo, Terni. The event, held in one of the most beautiful and suggestive places of Umbria, was organized by journalist and art critic Sonia Terzino in collaboration with Master Stefano Pannacci, with the Cultural Association of the Academy of Liberal Thought With the patronage of the Umbria Region, the province of Perugia, the municipalities of Perugia, Narni and Ferentillo. Over fifty internationally renowned artists take part in the event that is born with the aim to make known and valorize a territory rich in historical, architectural and landscape beauties. "There is a secret Umbria - writes Sonia Terzino in the presentation of the exhibition catalog - whose beauty is jealously guarded as in a casket. This is the landscape that characterizes the ancient village of Ferentillo, located between the flow of the Black River, rocky walls and gentle hills. Here, where time seems to have stopped, everything is perfection and harmony. The virgin and unspoilt nature encloses mysteries and secrets and the magic of eternal and timeless charm. To enhance even more natural wonders, the project "The Great Beauty of the Secret Umbria" was born, a contemporary art exhibition featuring the best of the creators of the third millennium. And who better than the artist, the favorite children of the Lord, who, with their own hands approaching God and every day, give birth to works of wit, could he carry on such an ambitious design? Born solely for the purpose of making known the green heart of Italy and how this land that has been battered for many years by too many natural disasters does not bend and its people, with the pride and dignity that only the Umbers have, holds Always head high and fight each day for a better tomorrow. An ambitious project that next year will become itinerant touching all the most characteristic villages in the Black Valley until ending with a grand event in Norcia that will be repeated in museums, galleries and foreign embassies located in the capital and Sala Nervi in Vatican. The proceeds of the event will be completely devoted to the Municipality of Norcia for the reconstruction of the basilica of St. Benedict. " For this edition, a career prize was also awarded that the organizing committee decided to hand over to Master Franco Venanti, an internationally renowned artist known for his innate pictorial gifts, but also for his sensitivity and humanity that Always characterize it. She will also be awarded the actress and models Stefania Visconti, protagonist of the last Pooh video clip. The exhibition can be visited until July 18th with free admission and continuous timetable. Sonia Terzino Press office Mobile 3409852238 soternews@hotmail.com 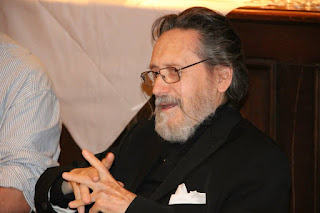 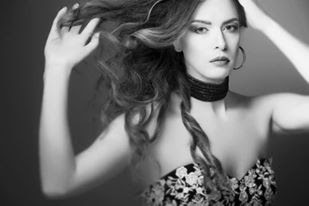 Posted by sonia terzino at 2:32 AM